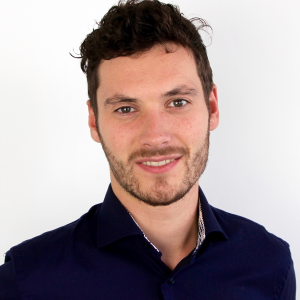 Cellular IoT is gaining momentum and growing in popularity, especially the low power standards NB-IoT, LTE-M and LTE Cat 1(bis). The novel energy saving modes eDRX and PSM promise devices to be operational for many years on a single charge, making it easier and more cost-effective to deploy IoT devices in volume.

Getting your energy profile right is crucial for many IoT applications as replacing batteries leads to massive overhead. Let’s dive into the subtle art of optimizing energy efficiency; a crucial skill for any developer building battery-powered IoT devices.

Cellular modules have 4 different modes of operation, each consuming different amounts of energy.

RRC Connected
The most energy consuming mode is called Radio Resource Control (RRC) Connected, meaning when a radio is actively transmitting or receiving data. During the RRC Connected mode, the radio consumes between 100 and 360 mA.

RRC Idle
During the RRC Idle mode, the radio is listening for incoming traffic. Commonly, radio modules don’t listen to the network continuously, instead they frequently check-in with the cell tower allowing pending data packages to be sent to the device (also referred to as User Equipment or UE). This check-in is what we call paging and usually happens every 1.28 seconds. Between two pages, the radio goes into micro-sleep to preserve energy. These micro-sleeps during which the UE is not able to receive any traffic, is called Discontinued Reception, or DRX. According to the u-blox R412M datasheet, the module consumes 1.3mA during DRX.

Novel radio modulus also supports eDRX, or extended Discontinued Reception. The radio can be configured to extend its DRX cycle, allowing the device to sleep for a longer period of time, up to 43 minutes. This reduces the power consumption, but increases the latency for incoming traffic from cell towers as the device cannot receive any data during its eDRX cycle.

Using Qoitech‘s analysis tools, an average power consumption of 47.5 μA was measured when the eDRX cycle of the u-blox R412M modem was set to 5 minutes.

PSM
The third mode of operation is called Power Save Mode (PSM). PSM enables the modem to sleep and detach itself from the mobile network while keeping the session with the cell tower alive. This deep sleep state is also known as the Hibernate state which can be configured up to 413 days. The average power drain, according to the u-blox specifications, is only 8μA. Quectel even argues they can reduce the energy drain to 4μA.

Radio off
The last mode of operation doesn’t require much description. It is, and always has been possible to simply turn off the radio after sending a message. This way, the radio disconnects itself from the network and requires the device to go through a reconnection process before being able to send or receive a new message.

Lesson 1:
Put a device to sleep, for as long as possible

Looking at the different modes of operation, we can conclude that the only way to realize a low power application, is to put the radio to sleep for as long as possible. Actively sending or receiving data, as well as frequently listening for incoming traffic drains batteries.

In the next visual, you find a graph showing the power profile of a modem connecting to a network, transmitting and receiving a data packet. This whole process takes roughly 5 seconds and consumes 153 μWh with a peak current of 174 mA. When using a 3.7 V battery each transmission consumes 41 μAh. A 360 mAh battery allows for 8780 messages to be sent, which equals 1 year of battery life when sending 1 transmission per hour, and turning the radio off in the meantime. When increasing the transmission frequency to 6 minutes, the battery life is reduced to 37 days. 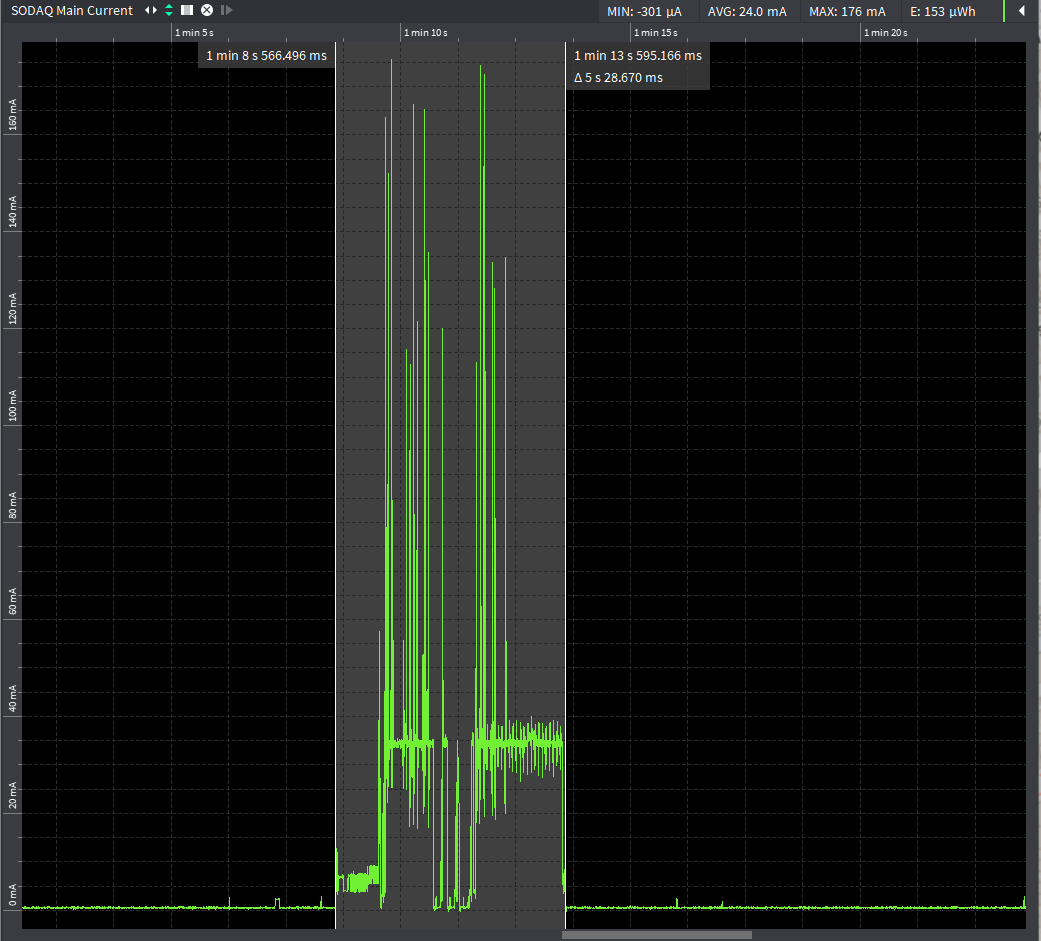 Image 1. Power profile of the nRF9160 connecting to a network, sending and receiving a data message.

During the initial boot of the cellular modem, the radio needs to scan frequencies, search for mobile operators and select a cell tower to connect with. As this is a long and complicated process, the initial connection can take up to multiple minutes and thus consumes a lot of energy. After being connected a first time, the radio remembers its previous connection even after being shut down completely. If the frequency band, operator and cell tower stay the same, reconnecting may only take a couple of seconds as shown in Image 1.

Below you can find the power profile of a radio connecting to a network for the first time. In this example, it takes about 15 seconds with a max current of 151mA. The total energy drain is 493 μWh. 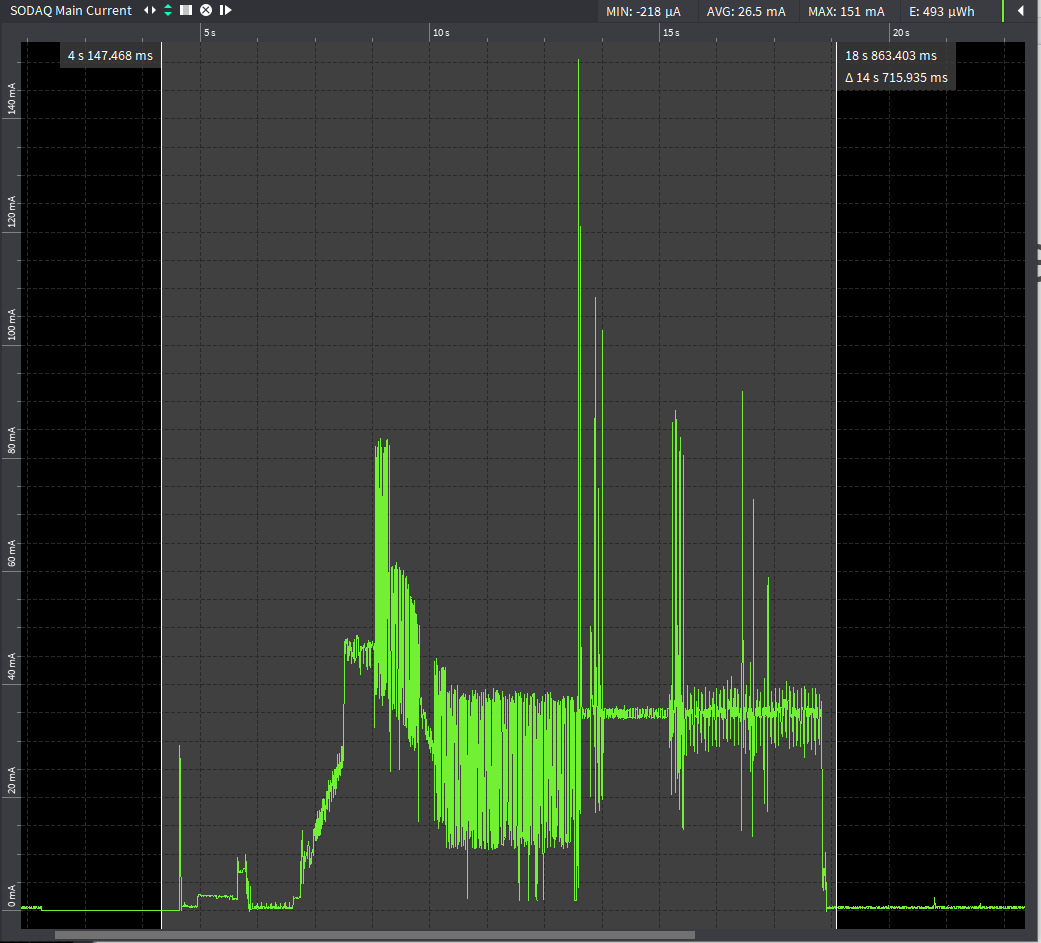 Image 2. Power analysis of the nRF9160 connecting to a network for the first time.

There are three variables to take into account when reconnecting to a mobile network: frequency band, mobile operator and cell tower. With a static device, the variables don’t change and reconnecting to a network goes fast and doesn’t require the radio to be on for a long period of time.

When more variables change, the modem needs more time (and thus energy) to select a new operator and/or to find a new frequency channel. Finding a new operator can easily take up 1 to 2 minutes of active radio time. When the radio also needs to scan for a new frequency, it may take even longer.

SODAQ analyzed the behavior of cellular modules when connecting to mobile networks by looking at the time it took the radio to connect and send data. In the first test, a static device took only 8 seconds to reconnect to a network and to transmit and receive data. In the second example, the device was shipped from The Netherlands to the UK. Because the operator had changed, the device took 43 seconds to connect and send its message. When the device was shipped to the US, it took a total of 496 seconds before a stable connection with a new operator using a different frequency was established.

Bad network quality has a big impact on battery life. With poor network quality, the radio requires much more time to connect to a cell tower and transmit a message. This leads to radios being on for a long time to establish a stable connection, and may result in transmissions not being delivered at all.

The table below shows the result of a conducted test where a device was used in an area with poor network coverage. As shown, it took 1424 seconds to send 7 messages (of which only 4 got delivered) which equals 178 seconds, roughly 3 minutes per message.

In summary, the key to building a low power application is to let a radio sleep for as long as possible. Whenever the radio is turned on, a lot of energy is consumed. This is the case for transmitting or receiving data, as well as for connecting to a mobile network.

Keep in mind that when tracking goods internationally, and certainly when tracking intercontinental, a lot of energy is consumed as radio modules require time to adapt to a new operator and different frequency band.

Finally, devices with poor network quality suffer from severe battery drain as it can take a lot of time before a stable connection with a cell is established.

Monogoto redefines cellular IoT by providing access to 500+ mobile networks globally, in combination with a developer-friendly portal to manage all devices in the cloud.

As IoT evolves, projects are shifting from being experimental and exploratory to business critical. This makes them more complex, ensures they receive more scrutiny and,

Cellular connectivity is the perfect choice of wireless technology to connect your Internet of Things (IoT) devices, especially if those devices move between cities and

Must have cellular IoT Lessons

There are many elements that come into play when building an end to end application as an IoT developer. The IoT chain consists of hardware,

What is an ICCID number? The complete IoT SIM card dictionary

You’ve identified that global IoT SIM cards with a self-service console and developer tools (APIs, Integrations, Docs) is the right wireless technology to track your

It feels like 2022 could be a watershed year for the commercialization of the Internet of Things (IoT) and related products and services. There is

See Monogoto in Action
Say goodbye to complexity and time waste.
Request a SIM sample kit and a free demo with one of our experts!

Fill in your details to experience the goRAN Kit